With sadness we announce the passing of Tony Hewson who died on the 26th April 2020 a fortnight after reaching is 100th birthday.  Tony 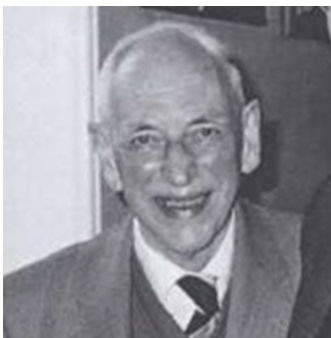 His son, Edmund, said that Tony used to speak fondly of the College often and has shared with us his reminiscings from 1930s - 40s which you may enjoy.

The move to St Edmund's

I wanted to be an engineer - but Dad said you really need to be good at maths.  Don't think I'd have passed school certificate in the following year if I'd remained where I was before.

So I was interviewed at St Edmunds Ware.  There were 3 houses there - one for those hoping to go on to the priesthood (Douglass).  We were met by the headmaster Dr Albert B Purdie MA (Cantab) OBE.  Whole pattern for me at St Edmunds was Greyfriars and Purdie was Quelch.  Tall man with academic stoop, pince nez classes.  Said “sonny I'd like you to take this 4th year again”.  I was disappointed but it was for the best.  So was put into 'Syntax'.  Wasn't really very homesick.  Made friends.  It was very interesting to find out what was going on.  Several of us new.  In Douglass house - had cubicles right up at the top.  Up at 6.30 am.  Went to mass.  Had breakfast.  House captain insisted on a short cross country round the 5 roads and I argued that it would be bad for our 'wind' for rugby - and eventually doctor agreed.

One of things that astonished me was the number of holidays - patron saints etc - mass in the morning - and had the day off.  Could go out in pairs and 3's if in 5th and 6th form.  If below, went on organised walks with Bill Rees - wonderful photographer who specialised in photoing haystacks.  St Edmunds day - 4 days off - whole place full of flowers - archbishops, 2/3 bishops an abbott or 2 - candles all over the college.  Then St Edmunds Day dinner - then speeches.  All had wine.  Procession round the ambulacrum with a relic.  If you were a church student, you were supposed to stay on until boxing day.  They gave you a very good Christmas dinner with plenty to drink.

School regime:  lessons in the morning.  In the afternoon, games.  Had quite a nice indoor swimming bath there.  Then lessons after tea.  Then supper and free time.  Did on hour and a halfs prep in a special room in each house.  They were very humane.  They were very helpful to you - Teddy Short who taught us French - brought us up in little groups - listened to radio in french, an did french conversation.

Goblin Doyle - physics master - asked to teach me maths in spare time - and then Hal King did the same in 5th (poetry) form.  They got me up to pass level in maths.

Wednesday afternoon in the OTC.  I learned to shoot - was a first class shot.  Passed my certificate A which entitled me to join the Royal Canadian Mounted Police among other things!  Sergeant Major Newbound (called him Rebound) taught us PE and did the OTC.  At gym, he blew whistle 7 mins before next lesson - then had to run across the estate to swimming bath - plunge (unheated) - then clothes back on until the next lesson.  Was hopeless at any kind of games.  Then spent most of the afternoons in the summer swimming.  And we had lovely walks.  And cross countries across the fields towards Standon.

Apart from the damaged ankle, was never in the infirmary.  had a couple of really bad colds but was OK.  Excellent food - kept own cows.  When you came in from games on Thurs the whole place smelt of bread, and at supper that evening you had fresh new bread and lashing of butter cheese jam and cocoa.

I was particularly fortunate in Rhetoric (6th form) to have been taught by 2 gifted men: Father Bill Rees (MA BLit Oxon) who taught us classics, and helped to make Virgil and Livy come to life with occasional interruptions where we went to a nearby library room to look up the Delphin edition to prove our point.  Bill was outraged by translations involving  maidens' or  casements' or other fancy words! and later Mgr Reggie Butcher (MA Cantab first in History) who taught 2 of us, myself and Brian Campbell, A level history (Higher School Certificate) in one year and managed to inspire some sense of real scholarship.  The school's policy in this respect now seems ill-advised (doing the A's in one year) especially when looking at the results.  In my case, I took history and latin HSC and scripture subsidiary in the one year.  I recall the last paper was Latin unseen translation on a Saturday morning.  As the 2.5 hours went by, various classmates handed in their scripts to the invigilator and left the examination room.  I assumed they were either gifted or despairing and realised that they could get the 12.45 from Standon if they hurried.  I decided that so much hung on this exam that I would sit it out carefully for the full time, re-writing if necessary.  Upon the result hung a place at Cambridge, and avoidance of Littlego - (if went to Cambridge, without A level Latin, had to do Littlego - Latin in first year and a separate exam). It turned out that I was the only one to pass the HSC that year, and I expected to enter Allen Hall with the prospect of Cambridge after ordination (diocese would have paid fees, would have gone to St Edmunds House, and studied history - would also have been affiliated to Christs).

Allen Hall - the seminary derived (together with Ushaw) from the English college at Douay (Douai 1568-1793) which, combined with the school, was called the Old Hall Academy originating from Silkstead and Twyford in the late 17C (James II).  Old Hall house belonged to Bishop Talbot, vicar apostolic of the London district.  The Douay staff and students were expelled from revolutionary France and arrived at Old Hall on St Edmunds Day 16th November 1793; "we shall establish here a new Douay".  Housed in  the Ship' (a tar-coated garden dwelling) until the new college was built (cf WG Ware - History of St Edmunds College.  Pugin chapel - 1850s.

1939 - about 100 students - called philosophers or divines - 2 years philosophy, 4 years divinity.  2 years philosophy included also fundamental scripture, ethics, natural theology, liturgy and sociology.
Daily routine:  rose 6 am, meditation and mass in the oratory (weekdays) or college chapel (Sundays and feastdays).
Breakfast 8 am.  Lectures or study until lunch.  Free after lunch until 2.30.  Then, out of the house.  Games, sports, walking, cycling, SVP visiting etc.
After tea, sometimes there was a lecture, or time for study, sometimes college societies, like music, printers, bookbinders, historical society (which I was involved in).  occasional visiting lecturers.  There was supper in the evening, after which there was some free time until compline at 9, then bed.  It was a very healthy life - I enjoyed generally good health, although we lost weight with rationing.  I had a bout of flu, that's all.

Most of our lecturers were good, one or two rather less so, but all very learned and able men.  Outstanding were Canon George Smith who lectured in dogmatic theology, and once a week at Rome's orders, was required to lecture in Latin. Another was Edward Mahoney, a moral theologian, a man with a real understanding of the human condition, who knew how to temper the mandates of the church to a human need.  He would have been a wonderful confessor. Then there was Reggie Fuller, a really good man and devoted priest, very learned scholar, but not a natural lecturer.  John V Simcox, slightly eccentric but brilliant, taught canon law and church history, in practice mostly concerned with his controversies with the church authorities and correspondence with Bernard Shaw.  He and Mahoney used to play tennis and it was a sight to watch.  Paolo Zammit O.P. a Dominican philosopher and theologian who escaped Mussolini's Italy as a Maltese citizen and arrived at Southampton with a little money which he spent entirely on a motorbike and rode to archbishop's house IN Westminster where he was immediately appointed to teach Sociology at Allen Hall.  Again a man of great ability and a deep command of the thought of Thomas Aquinas.

When I first went up into Allen Hall at aged 19, I had a positive approach, but still trying my vocation'. At this stage we were enrolled for national service, and expected to be called up in due course.  Those of us who had been in the OTC were allowed to form a home guard.  However, it was decided presumably between the government and church authorities that we should be a reserved occupation with a view to providing chaplains later on, so weren't able to continue that. so that we saw the practicalities of war chiefly in vacation times, which occurred during the blitz.  There were hazards in the country however: one night I was doing civil defence fire watch duty, patrolling the college grounds, and came back in through the main porch to turn into the main building, and as the door closed behind me there was a flash and a violent explosion.  I threw myself to the ground, the porch - large - was heavily glazed and all the glass has smashed - a landmine had fallen in the front park.  it was then decreed that we should bring our beds down and sleep on the corridors.  We were woken one night by a falling bomb which shrieked its way into front park precisely into disused sewage works, and did no harm.

By then I had become very successfully involved in my studies and had decided that this was to be my job in life.

After some heart searching, Dad did not complete the vocation. He became a teacher at what is now Finchley Catholic High, helping may pupils flourish in their studies, and was a pillar in the life of St Philips, the parish church at Finchley. He married and had three children. 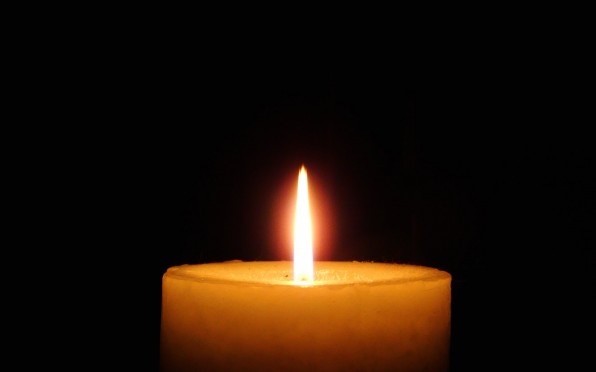 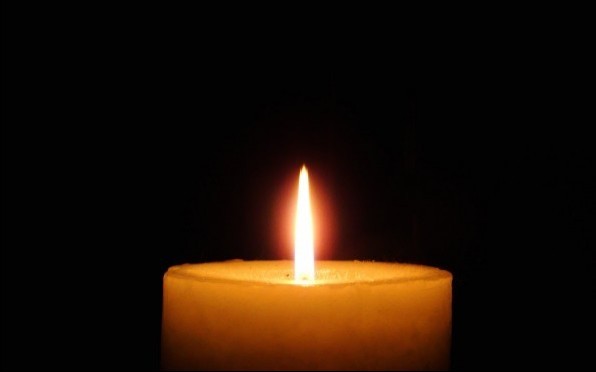 With great sadness, we announce the passing of Monsignor Fred Miles. More...

The Funeral Mass of Adrian Gillham will take place Thursday 20th February at 2:30pm. It will be held at St Michael and S… More...

The Funeral Mass of Adrian Gillham will take place Thursday 20th February at 2:30pm. It will be held at St Michael and St George Catholic Cathedral of… More... 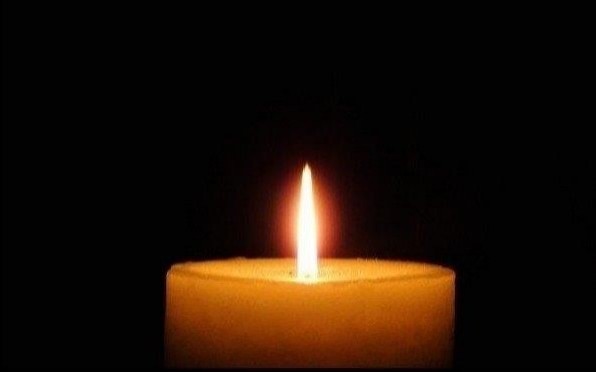